Oh heyyyy 2015!  Seems like the last six weeks have gone by so fast.  What have I been up to?  A lot, but not much in the world of clarinet, unfortunately.  I had a feeling Hawaii would not be good for my clarinet playing, but it turned out to be REALLY bad for it.  Its soooo hard to practice and work on reeds when its so gorgeous and beautiful outside.  Ack.  New year resolution for 2015 I guess.

So I’ve really been enjoying Hawaii. I may never leave, haha. I even got to spend my birthday at the beach. 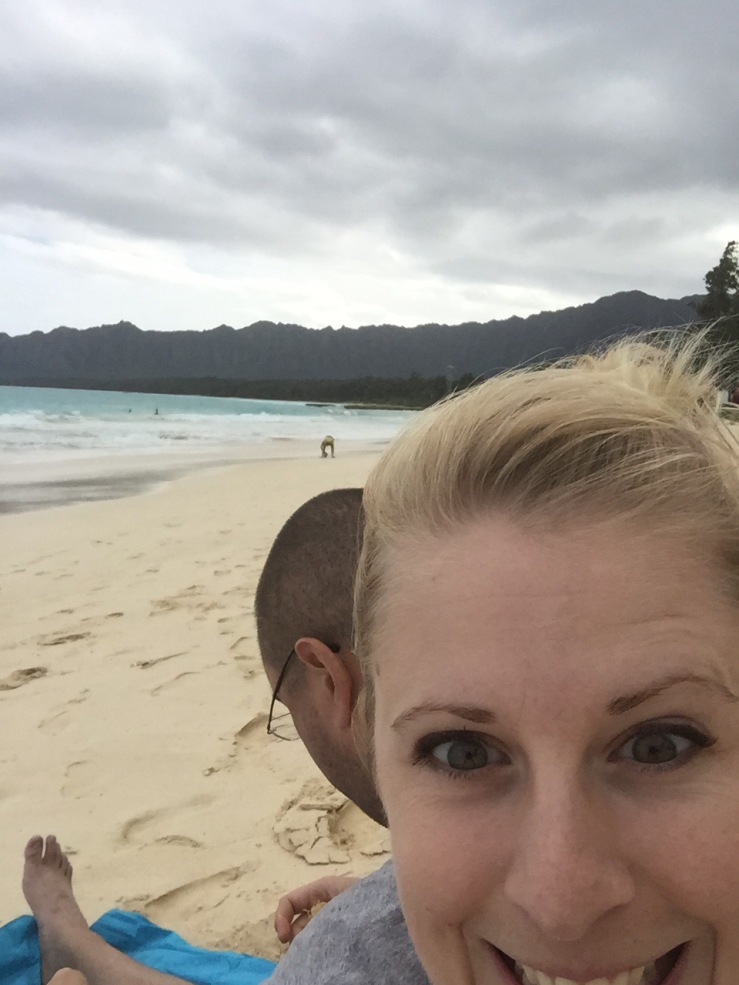 It was a little windy and cloudy, but it didn’t stop me from going in the water! 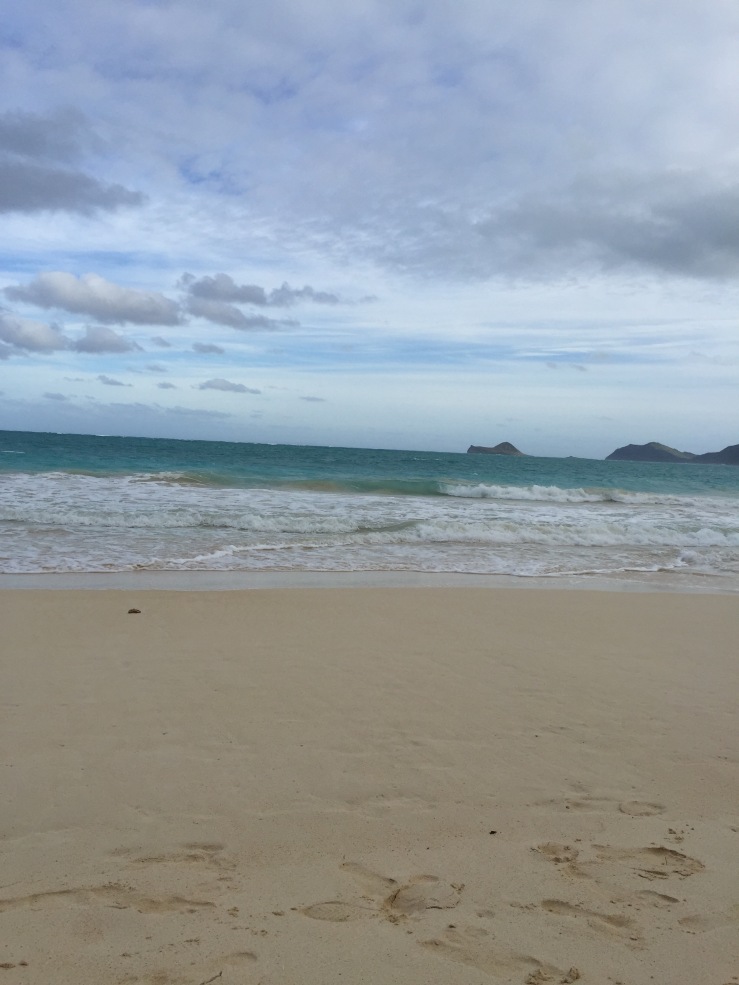 I have also gotten out and done plenty of hiking.  Hawaii is freaking amazing for hiking, by the way.

I also did something a couple weeks ago that I’d never done before…I literally swam in the ocean! Swim cap and all! I linked up with one of many local groups that meets to swim in the open water. It was one of the most scary things I’d ever done, but also one of the coolest. Here are a couple pics from that day: 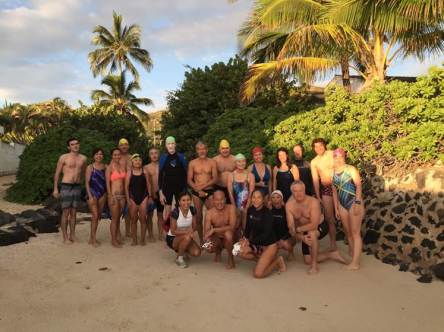 Picture of the group.  I’m the one on the far right in the pink swim cap and a blue striped suit.

And this year we ended up having a “white sand” Christmas while many people on the mainland had their white Christmases. I’ll take it.

One negative thing about living here (yes, there is something!) is the traffic. It can be pretty terrible. The other day it took me an hour and a half to drive home from work, a 20 minute drive without traffic. Well, at least there are rainbows…all the time. 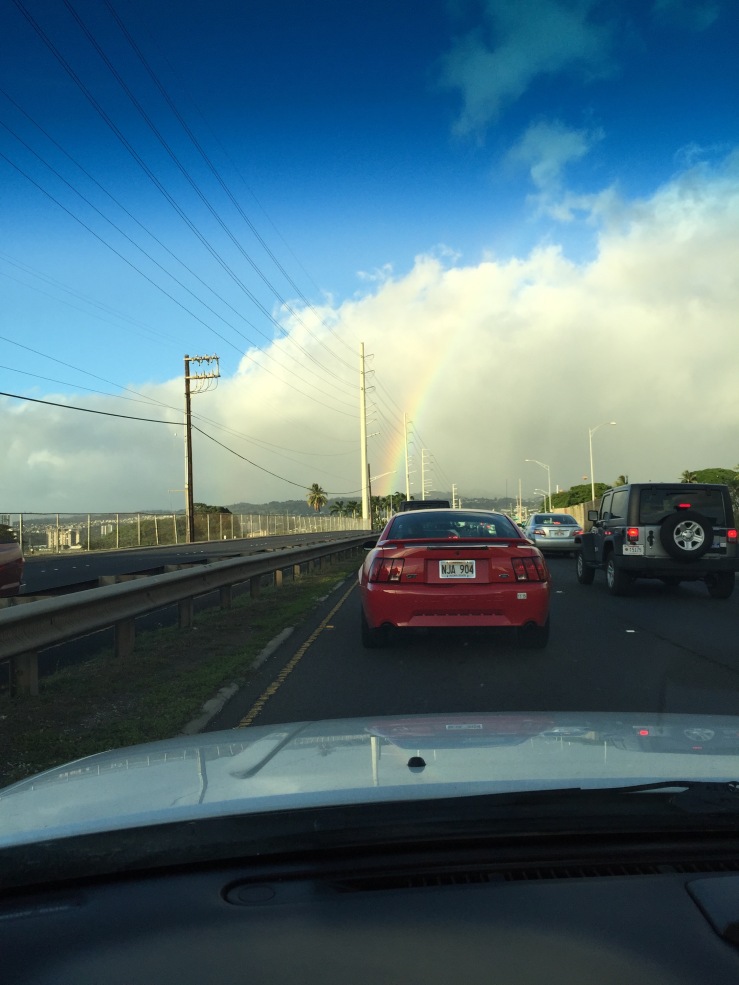 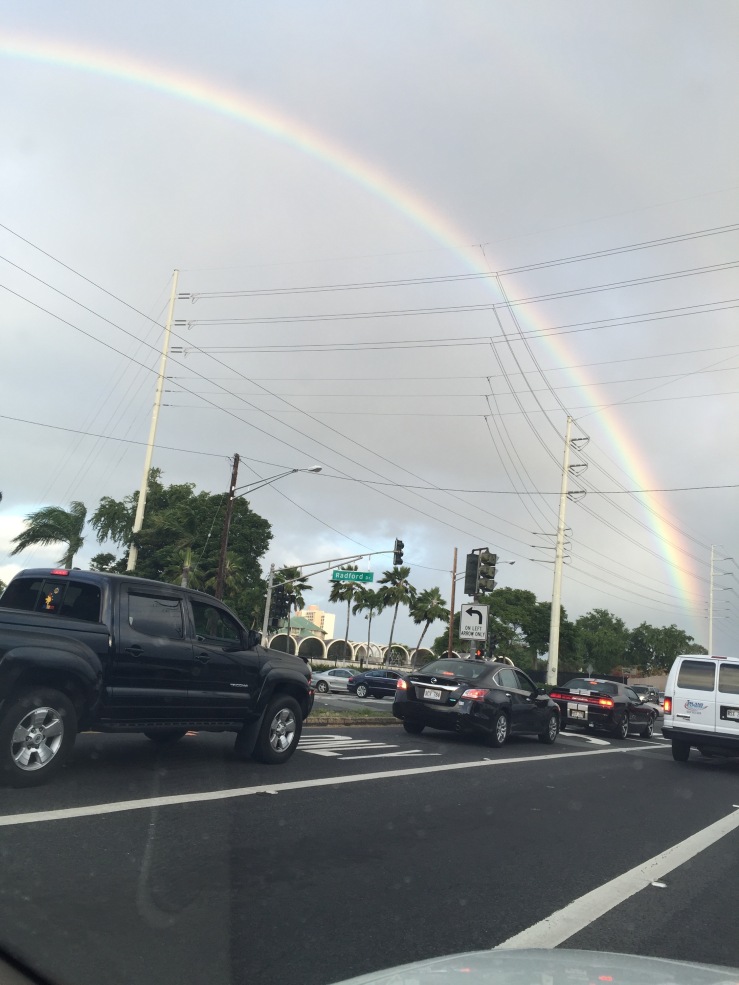 Even though it is awesome living here, I really need to get my clarinet butt in gear. I want to be prepared to take a DC band audition if it comes up! Also, I am planning on submitting a tape for the ICA Orchestral Audition Competition. This year it include Eb excerpts, so I’ve blown the dust off the ol’ eefer and I’m trying to work it into my routine. Well, I’m just trying to establish a routine! Haha.

Aloha for now! Hopefully I’ll have something more clarinetty to report next time. 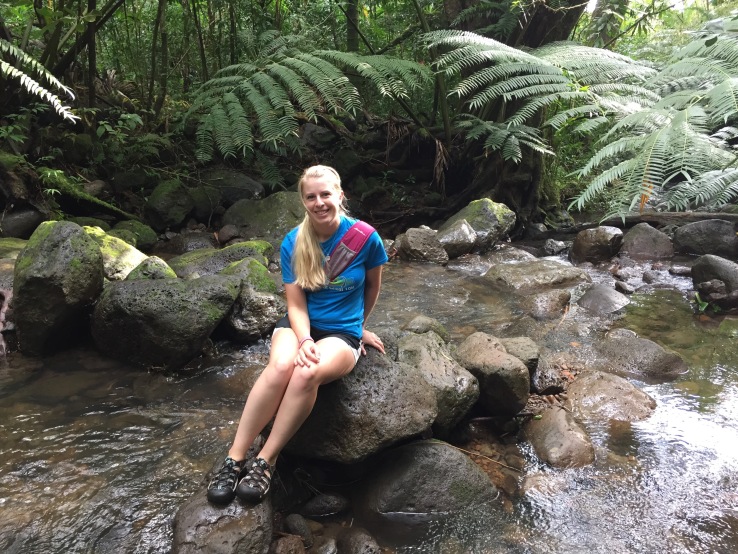 After achieving my dream of graduating from Eastman with my MM degree in 2009, I chose to not to go back to school for a doctorate (which is what many musicians do after their masters degree) and decided to go for it and pursue a full time performance job. After over a year of working an office "day job" and auditioning like crazy, I have won a job with the U.S. Navy fleet bands and will be shipping out in May 2011. But my auditioning adventures are not over, there is a position open in the premiere Navy Band in Washington D.C.! I will be auditioning for that position in January 2011. Here I document my successes, my failures, and my overall thoughts on life. View all posts by sandyclarinet