Skip to content
Just a quick update…this weekend I was able to completely update my blog site.  Now you have access to my bio and other information, and I hope to have my resume and other features up very soon.  Yay!  Closer and closer to a real website.  I’m hoping to reformat it to the logo my dear and talented sister made for me…someday.  (shameless plug…if you ever, EVER need graphic design services, she is the one to go to: www.kristisiedowthompson.com – I highly recommend her, and not just because she’s my sister, she rocks at design!!)
In other news, one more day of Rochester practicing before my recital.  I am leaving tomorrow night!  I had a chance to play the Poulenc yesterday at the Eastman House during the Ad hoc concert.  It went pretty well…although I’m so thankful to get in a performance of it under my belt, it really showed where I’m weakest!
Now I have to figure out some notes so that I can speak a little about each piece.  I need to work on my public speaking skills, and what better place to do that than at my own recital!  My goal is to not speak too much, because I really hate when people go on and on about the piece they’re going to play.  Get on with it already! 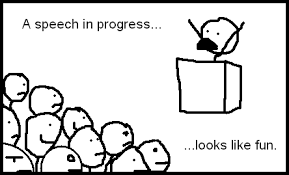 And if you are wondering, this is the final order of the program:
Bolcom (Eb piece)
Sutermeister
Poulenc
Debussy
Finzi
I decided to go ahead and make the Finzi the last piece…seemed to make more sense to me even though it doesn’t end big or anything.  So that’s it…I probably won’t have time to blog while I’m in CO, so I’ll see you on the other side!

After achieving my dream of graduating from Eastman with my MM degree in 2009, I chose to not to go back to school for a doctorate (which is what many musicians do after their masters degree) and decided to go for it and pursue a full time performance job. After over a year of working an office "day job" and auditioning like crazy, I have won a job with the U.S. Navy fleet bands and will be shipping out in May 2011. But my auditioning adventures are not over, there is a position open in the premiere Navy Band in Washington D.C.! I will be auditioning for that position in January 2011. Here I document my successes, my failures, and my overall thoughts on life. View all posts by sandyclarinet